Electronic dishwashers determine how much water is needed to wash the dishes. When the sensor “thinks” that it is not enough, it transmits the corresponding signal to the control board. Then the self-diagnosis system is activated: in Samsung dishwasher error code 9E starts blinking on the display, preventing the program launch. 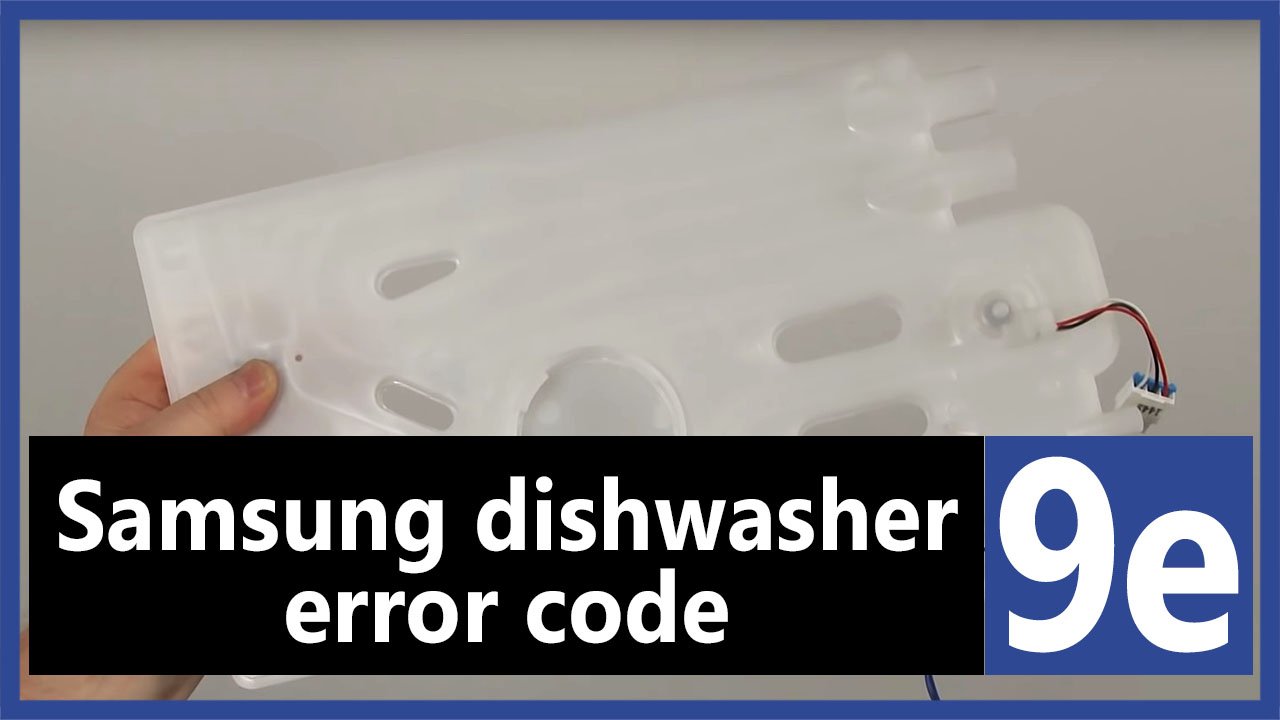 Some models of dishwashers allow resetting the error code 9E in manual mode. To do this, follow the instructions:

Perhaps, you will have to repeat all steps 2 – 3 times until error 9E disappears.

First, make sure that the dishwasher stands steadily, the inlet hose is not pinched or twisted, and the inlet valve works properly. If everything is in order, the source of the problem may be in the electronic components.

Something blocks the float sensor

At the bottom leftward there is a steel panel, behind which there is a white box with a plastic float. This is the sensor that causes a number of Samsung dishwasher models error code 9E. When the water reaches a certain level, the sensor pops up and presses on the lever, bringing to action the microswitch. But even in such a simple system, failures can occur:

Some owners of Samsung dishwashers complain about unforeseen elements in the area of ​​the float – extra rubber pads that protrude forward and block its operation. But this is rather an exception to the rule.

To eliminate error code 9E, remove and wash the sensor, clean the walls of the chamber. If the lever is stuck, press it several times. You can check the position of the sensor switch as follows:

The word “OFF” indicates that the low-level sensor switch is in the correct position when the tank is empty. If error 9E appears during testing, the signal does not pass. The contacts may be faulty.

The wires are broken or not connected

The question is a violation of the electrical connection between the sensor and the control module. Most likely, somewhere the connection of the connectors is weakened, the wiring is damaged, a short circuit has occurred.

Extend the dishwasher to check the electrical circuit between the brown wire (output of the low water level sensor) and its connection point to the circuit board. Problem areas need to be soldered or squeezed. In extreme cases – change the wiring.

The sensor does not work or gives incorrect signals

Problems with the control board

If the sensor and wiring are in order, check the PBA mainboard. In Samsung dishwasher error code 9E, like other errors, it often appears due to its breakdown after power surges. Burnt parts, damaged chains can be restored. But a broken microcircuit cannot be repaired – in this case, only the replacement of the entire subunit will help.