Automatic washing machines are equipped with self-diagnostics systems. They control the sensor and assembly work, detect failures and inform the user with letters or numbers on the display. E.g., Samsung washer error code UB means load disbalance at the drum axis. In simple words, the drum shakes loose and cannot accelerate as required. 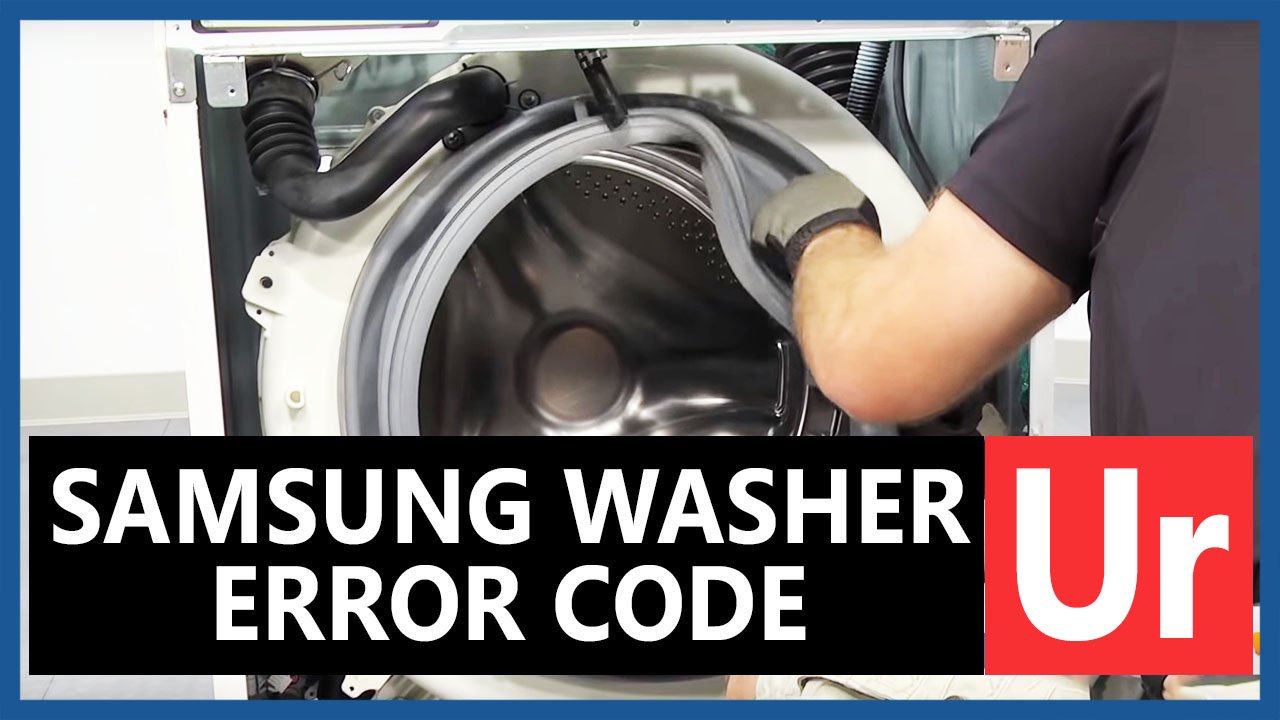 UR error code can be generated not by all Samsung washing machines. Instead of it, contemporary models generate UE errors and old models (produced before 2007) – E4 errors. They occur when laundering and rinsing, but most often the machine starts the spinning program.

This occurs due to cyclical spinning of the drum in this mode: firstly it starts the drum and stops when the required rotation speed has been reached. If a disbalance has occurred due to some reason, the machine tries to speed up the drum several times and stops. After this UR error appears on the digital indicator.

The machine informs about the failure which can lead to damage to the drum, assemblies or suspending springs using the letter symbol. For avoiding this detect the problem reason.

This error occurs because of violating the rules of operating the washing machine or due to the failure of internal parts. Run the short program without laundry and cleansers. If Samsung washer error code UR appears on the display even under such speed, some components may be out-of-order.

This is the first that should be excluded. Before spinning the system distributes the laundry inside the drum automatically rotating it to and fro slowly. If it is not able to place the laundry uniformly, disbalance occurs thus leading to vibration and UR error code. This problem may have several reasons.

But first, stop the program by holding the “Start/Stop” button. Wait till the door is open. If it has not been unlocked automatically, power off the machine. Screw off the filter to discharge the residual water. After this install it back. Fix the problem and run the laundry again.

UR error may occur if the machine is inclined. Due to an improper angle, it distributes the load unevenly, especially during the spinning cycle. Align it in a horizontal position: adjust the legs with a level instrument.

Try powering off the machine for 10-15 minutes and restart it. It may be possible that the problem has been caused by a single failure of the digital controller which has detected a disbalance where none exists.

If the UR error code still appears and the drum rotates in one direction, the control circuit board is damaged and sends improper commands. Solder the blown components or replace the circuit board.

This component (Hall sensor, tachometer) controls the number of rotations. If it is broken, there can be two scenarios:

This means that the rotation sensor has lost control over the speed and needs to be replaced.

The machine includes a bearing unit that connects the motor, pulley, and shaft transferring the torque. Its performance ensures smooth drum rotation. If it is damaged due to ingress of water or wear the machine begins to make noise trying to accelerate (especially during spinning). UR error code appears on the screen; oil stains may appear on the floor. Install another bearing and gland.

Washing machines with a belt drive the torque is transferred with a belt. When it is torn, stretched or separated into layers, the machine cannot pick up the required speed in the spinning mode. Tighten the belt or replace it.

The drum is suspended on the casing with help of springs. Vibration dampers are fixed below. Samsung washer error code UR may appear in case of the failure of these components. This leads to a disbalance; in fact, rattling and bumps can be heard even without laundry in the drum.

If the drum can be spun manually with ease, but cannot pick up the required speed when the washing machine is switched on, this means that the corner brushes are worn. They provide the magnetic field which is very important for rotor spinning. The brushes’ failure causes UR error. For checking and replacing old components you need to remove the motor.